The embattled Minister of Petroleum Resources, Mrs Diezani Alison-Madueke, has resisted the attempts of the National Assembly (NASS) to start the probe over alleged N10 billion reckless spending on aircraft, declared that the appropriate permission of President Goodluck Jonathan has to be obtained first. 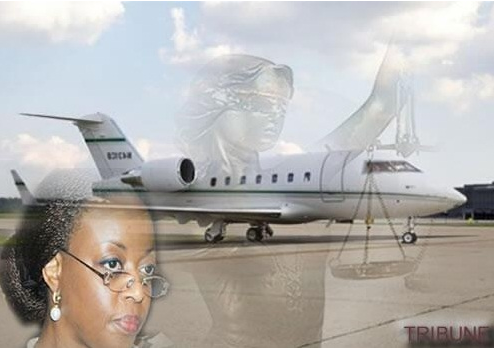 She further reminded that it was not within the powers of the National Assembly to personally conduct investigation into criminal allegations relating to corruption or fraud in public offices. The minister emphasised that such cases distract the lawmakers.The Nation has obtained some court documents over the weekend in which the minister stated that neither the NASS, nor its committees could invite her and the agencies under her ministry to produce unpublished documents and other records without a prior consent of the President.

Alison-Madueke noted that the lawmakers have been going outside their overseer’s functions and can interfere with ministry and agencies under its supervision only for the purposes related to lawmaking.

The constitution allows them to ‘direct or cause to be directed’ to the appropriate authority or government agency to carry out the said investigation, but not to personally or physically accomplish it as lawmakers.

The minister and the Nigerian National Petroleum Corporation (NNPC), in a supporting affidavit, argued that they would not honour the invitation sent to them and other officials of agencies under them by the NASS.

It would be recalled that the House of Reps advocated for Alison-Madueke’s probes over alleged spending of governmental funds in the amount of N10bn on chartered aircraft since 2011.