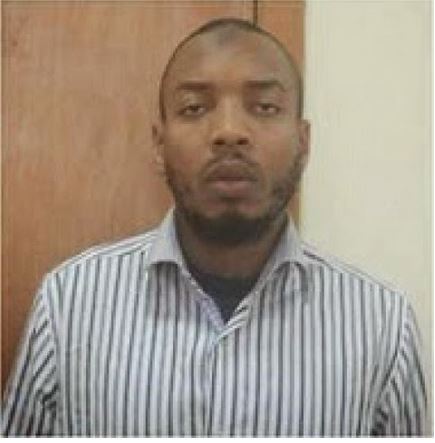 Another Nyanya bomber has been arrested. Abubakar Sadiq Ogwuche (pictured above) was arrested yesterday in Sudan where he was hiding after the Federal government placed a N25m reward on his head. He was arrested by Interpol with help from DSS and will be extradited to Nigeria to face charges of terror. This makes it a total of six suspects so far arrested. DSS on Monday paraded five suspects.

Ogwuche is said to be a student of Arabic Language at the International University of Africa, Sudan. He is British born and is the son of retired Col. Agene Ogwuche. He served in the Intelligence Unit of the Nigerian Army at Child Avenue, Arakan Barracks, Lagos, between 2001 and 2006 and was arrested in 2011 for being involved in terror activities but was released on bail to his father.