Arsenal director Lord Harris of Peckham today promised that Arsene Wenger will be given the money he needs to turn the club into champions.

The board have given Wenger the green light to spend this summer and Lord Harris has not ruled out the prospect of breaking the club’s record transfer
fee.

Wenger plans to sign a striker, a midfielder and a right‑back; with the Gunners hoping to use their FA Cup victory as a catalyst for more silverware.

“We want to win the Premier League and the Champions League,” Lord Harris told Standard Sport.

“If we buy two or three players then I think we can.

A reported £100million transfer kitty has been made available but Lord Harris dismissed claims the 64- year-old has been given a spending target.

Arsenal are in a strong position financially and their stadium debt is now down to a manageable level.

They have also agreed a new kit deal with Puma, which will strengthen Wenger’s position in the transfer market.

The £42.5million arrival of Mesut Ozil last summer marked a club record transfer fee but, if the right player becomes available, Wenger could reach even
greater heights with his spending.

Asked if the board would back Wenger to break the club’s transfer record for a second time in 12 months,

“If Arsene has asked for any player then we have always backed him to go and buy. With the exception of Messi, Ronaldo or Bale; we could buy most
players.”{StandardUK} 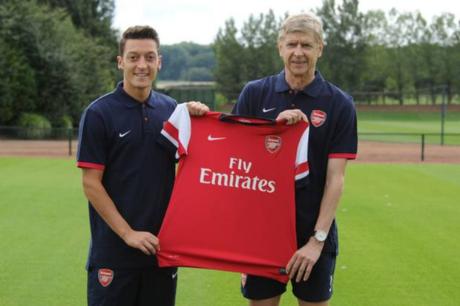