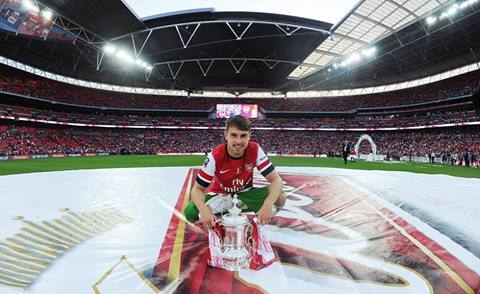 Aaron Ramsey has dismissed suggestions he will require surgery on a persistent thigh problem this summer.

Earlier on Tuesday the Daily Mail reported that the Arsenal star was set to go under the knife in a bid to resolve a thigh injury which saw him miss three months of last season.

But writing on his official Twitter account, the Welshman insisted there is no truth to the speculation and is adamant that he will be completely ready to hit the ground running next term.

“Please ignore any stories about me needing surgery,” he wrote. “They are completely false. I’m enjoying my summer and already can’t wait for pre-season.”

Ramsey notched 16 goals and 10 assists in all competitions for Arsenal last season and scored the winning goal in their FA Cup final win over Hull City, ending the club’s nine-year trophy drought.{GOAL}