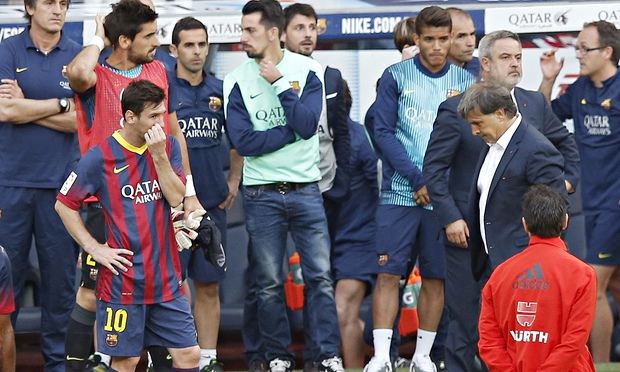 BBC UK: Gerardo Martino said he is leaving Barcelona after a disappointing first season that ended with his team
losing their Spanish league title in the season’s final game.

The Argentinian manager said he has reached an agreement to cease being the coach after Barcelona were held 1-1 by Atlético Madrid, who were crowned
as champions of Spain.

“I want to tell you that I have agreed with the club that I will no longer be Barcelona manager,”Martino, known as Tata, said. “I would like to thank everyone for trusting in me.

“I am sorry that we did not achieve the objectives that this club had been achieving year after year. I would like to thank absolutely everyone. I want to
thank the players. I would rather not talk about their qualities as footballers but as people; this club has great people here.”