Real Madrid winger Gareth Bale says playing for the biggest club in the world requires commitment and dedication, regardless of a player’s status.

Bale became the first Welshman to score in a Uefa Champions League final on Saturday, as his 110th minute header sealed a tenth European Cup trophy for Real Madrid, whom he joined for a reported world record transfer fee of £85.7m last summer.

The 24-year-old winger’s goal sealed a hard-fought victory for the Los Blancos at the Estadio Da Luz in Lisbon. 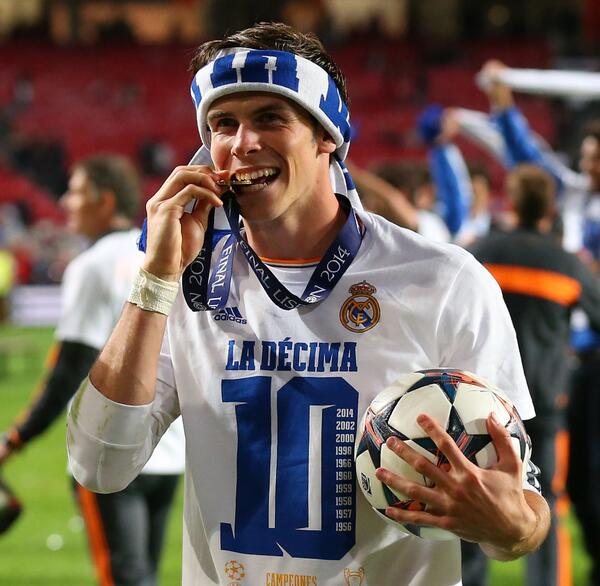 “For me the price tag means nothing, if I came here for a penny it would have been worth it as long as I play well. We want to win more now. This is what every player dreams of, winning the Champions League,” Bale said.

“It will be a memory forever and it’ll be great to look back on in future years.”

With six goals in 12 Champions League matches and 15 goals in the La Liga, where the Los Blancos finished three points behind their Saturday opponents Atletico Madrid. Bale says Real’s doggedness paid off in the triumph.

“After previous experiences, I’ve learned to keep going, forget about the chances you missed and thankfully we got the momentum,” he added.

“We played Atletico four times already this season, every one was very close and difficult, when they get ahead they are difficult to break down. Once we got the goal, we had the momentum into extra time.

“When we play our game, we win football games. We knew if we kept attacking, we would win.”