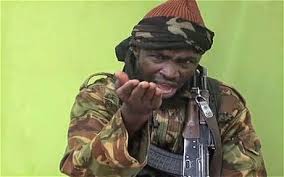 But for providence, gunmen suspected to be Boko Haram sect members would have killed the Emir of Askira, Alhaji Abdullahi Muhammadu on Friday.

The Emir, who is a delegate to the ongoing national conference, made the startling revelation in a text message to the Deputy Chairman of the conference, Prof. Bolaji Akinyemi.

Information Nigeria had reported that suspected Boko Haram gunmen on Friday ambushed the convoy of dignitaries on their way to attend the funeral of the late Emir of Gombe, Alhaji Shehu Abubakar.

The Emir of Gwoza, Alhaji Idrissa Timta, who led the convoy, was killed in the ensuing attack. However, Muhammadu, who was among the traditional rulers in the entourage, narrowly escaped the daring attack.

The Assistant Secretary in charge of media and publicity of the conference, Mr. Akpandem James, who stated this in a statement in Abuja on Friday, expressed delegates’ relief at the Emir’s lucky escape.

James said, “In response to a text message sent to him by the Deputy Chairman of the Conference, Professor Akinyemi, the Emir who was taking a deep breath after the miraculous escape, said, ‘My deputy Chairman, I’m most grateful, it was a narrow escape’.

“Akinyemi in a solidarity message to the Emir said, ‘Your Royal Majesty, on behalf of the National Conference, please accept our heartfelt relief at the failure of the attack on your convoy. We thank Allah for your safety’”.

James added that Akinyemi, who has been standing-in for Justice Legbo Kutigi (rtd) since the death of his wife on Wednesday, expressed the joy of the delegates over the escape of the Emir and whole heartedly condemned what he called the “cowardly and dastardly attack”.