On Saturday, suspected Boko Haram terrorists invaded Dalwa-Msauba village in Damboa LGA of Borno State, killing at least 40 local residents and injuring many others. Also in Borno State, six soldiers were injured and an undisclosed number of insurgents killed in a clash on the Damaturu-Benishek-Maiduguri road. 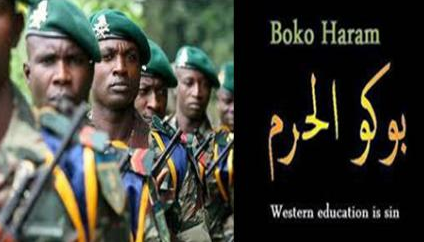 It was gathered that the gunmen stormed the Dalwa-Msauba village in the early hours of Saturday, embarking on a shooting spree, setting almost all village buildings and several behivles ablaze.

According to members of the vigilante group, the so-called Civilian JTF, after they learnt of the attack, they drove to the area and found the entire village on fire, with dead bodies scattered on the ground.

Local police and military have not yet confirmed the attack. However, security sources in Maiduguri, the state capital, said they had been briefed on the attack.

Dalwa-Masuba is a farming community 40km away from Damboa town and about 80km south-west of Maiduguri.

In a related development, Nigerian Army soldiers engaged in a fierce two-hour shooutout with the Boko Haram insurgents who attempted to take over the Damaturu-Benishek-Maiduguri road. The Defence Headquarters have immediately deployed soldiers to the area to ensure safety of Nigerians.

According to a reliable military source who spoke to The Nation, the military had foiled the insurgents’ plan to block access to Yobe State from Maiduguri. The source said the insurgents may have planned to relocate, as, because the military have restricted them to the Sambisa forest area and some towns bordering with Cameroon, they are looking for safer places to operate.

Six soldiers were wounded in the course of the attack.

Benishek was the scene of a massacre by Boko Haram in 2013. Over 100 residents were killed in that attack.