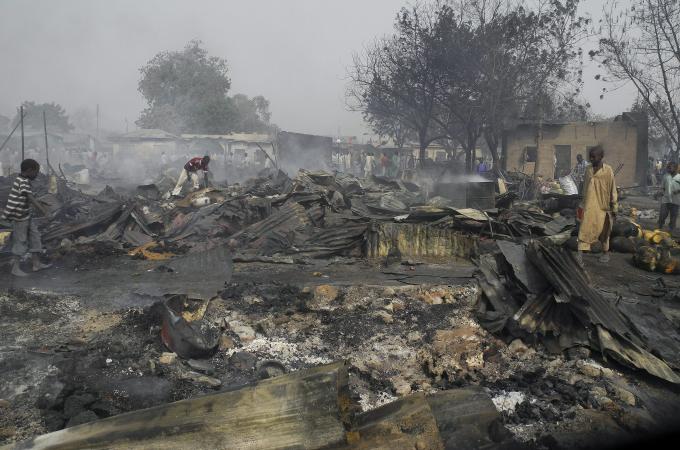 Following the spate of killings and the recent abduction of over 234 school girls from Government Girls Secondary School, Chibok, Borno State, residents have taken their destiny into their hands as they have grown tired of waiting for outside help to come.

Residents during the day go about their normal activities while at night they stand guard with guns, cutlasses and other weapons over fears of insurgent members attack due to the April 14 horrific memory.

President Goodluck Jonathan was criticised for waiting three weeks before speaking to the nation after the abduction of the over 234 school girls on April 14, the same day a bomb blast left about 76 people dead in Nyanya motor park, a suburb of Abuja.

The kidnapped school girls which have raised widespread condemnation are yet to be rescued although foreign countries like France, UK, US and China have pledged to assist Nigeria in finding and rescuing them.  The girls were shown in a recently released video by the Islamist group leader, Abubakar Shekau, who demanded the release of his arrested members for the freedom of the girls.