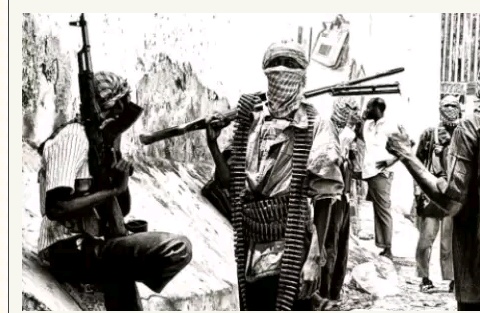 Boko Haram Militants Attack Cameroonian Barracks, Kill Two Officers And Free Detained Members Suspected Boko Haram sect, today, launched an attack on a Cameroon Gendarmes barracks and killed two personnel in a gun duel in the Northern part of the country. A Cameroonian journalist told Sahara reporters that the militants carried out the attack in the barracks located in Kousseri town.
The Boko Haram insurgents after killing two security personnel freed two of their high profile fighters being held in the barracks detention facility.
The source said that the country’s military are presently strategizing on waging a war on the
insurgents operating around its border with Nigeria. In another development, Nigerian troops this
morning had a serious confrontation with the sect
militants around the Nigerian border with the Republic of Chad.
A military source in Borno State confirmed the story to Sahara reporters, he did not provide further details.