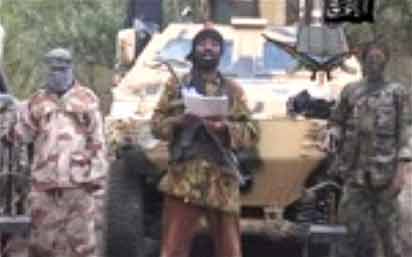 The attack on the village, which is about 25km away from Damboa town, occurred at about 4am when the gunmen, suspected to be Boko Haram sect members, sneaked in on sleeping villagers, shooting and setting houses ablaze with petrol bombs.

A resident of Shawa village, who managed to escape the killings, said the gunmen continually chanted in Arabic, “Allahu akbar” meaning “God is great” while shooting sporadically.

“It was at about 4am when we began to hear the sounds of vehicles; then it was followed by shooting of guns. We immediately knew we were in trouble”, said Musa Yakubu, a resident of the village, who spoke on phone from Biu where he fled to during the attack.

Confirming the attack to LEADERSHIP, an official spokesman of the Nigerian Vigilance Group, Muhammed Gava, said apart from killing 30 people, the gunmen also torched many houses, including 100 bags of maize and another 50 bags of millet stored for sales in the coming market days, and carted away unspecified number of livestock belonging to the villagers.

“Our men in Damboa had visited the village in the morning and reported to us that the village, which is close to Kilakisa community along Biu-Maiduguri highway, had been deserted; and they had to help gather the corpses for burial”, Gava said.