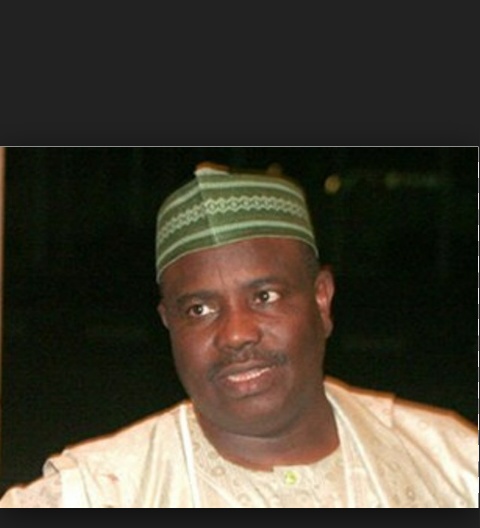 Speaker of the House of Representatives, Mr. Aminu Tambuwal, on Wednesday ordered the Committee on Public Accounts to resume its investigation into the alleged  N10billion expenditure by the Min‎ister of Petroleum Resources, Mrs. Diezani Alison-Madueke.
She reportedly spent the money to charter and maintain a private jet, Challenger 850, for her trips in the last two years.
The speaker gave the order during plenary amid claims in some quarters that he had stopped the probe in difference to the mood of the nation.
But, he said he never stopped the probe.
He explained that he merely advised the committee to tarry awhile after his office was served with a court process instituted by the minister on April 28.
Tambuwal added that his disposition at the time was to give him the opportunity to consult on the action of the minister with legal experts.
The speaker also clarified that there was no time he said a court order had stopped the House from conducting the probe, but only mentioned “court processes.”
He informed lawmakers that, having consulted as he promised, he had arrived at the conclusion that the PAC should resume the probe.
Tambuwal added, “I have read in newspapers that I stopped the committee from performing its duties.
“I only said I received court processes, not court order.
“I directed you (Chairman of PAC, Mr. Solomon Olamilekan) to hold on until I consulted legal opinions.
“I have done so. Good a thing that the presiding judge also said that there was no such orders (stopping the House).
“I, therefore, direct that you should continue with the matter before you and report to the House as quickly as possible.”
It will be recalled that the committee was set to begin the hearing on April 28 when the court processes were served on the House informing it of the decision of the minister to sue the legislature.
The PUNCH had reported exclusively that the hearing might not take place‎ at the time because the minister had failed to respond to any inquiries by the committee up till the morning of April 28.
However, there was confusion after some House officials initially interpreted the court processes to mean an injunction against the committee.