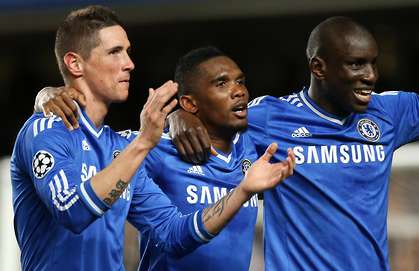 Chelsea are set to wield the axe on all three of their potential strikers for next season this summer, as they’ve already identified a trio of men they want to replace them.

According to the Express the futures of Fernando Torres, Demba Ba and Romelu Lukaku are all in serious doubt as the transfer market looms, as Jose Mourinho is intent on having Mario Mandzukic, Diego Costa and youngster Patrick Bamford to pick from as of August.

This theory is backed up by recent
comments made by Bamford which detail a meeting he had with Mourinho himself, wherein the Special One alluded to the fact that he wanted the 20-year-
old to be his third-choice.

Though the notion of the Blues getting rid of Torres and Ba has been kicking around for quite some time, the idea of them actively looking to part ways with
Lukaku may come as a surprise to the majority of Stamford Bridge fans. The big Belgian has enjoyed yet another good campaign in the Premier League, and the 15 goals he managed in England’s top flight this season would have been more than welcomed by Mourinho.

However Blues supporters will more than certainly be compensated if Chelsea can get their hands on both Costa and Mandzukic. The former has found the net
36 times for Atletico this season and the latter is also a prolific frontman. As for Bamford, it would appear that he is definitely in Mourinho’s plans for the
future, and could provide back-up for whoever it is that leads the line in west London.{GMS}