According to WGN, Summer Moore was planning to celebrate Mother’s Day with a family barbecue.

Friday night, just before 8 p.m., the 37-year-old mother of three was shot and killed, apparently by a bullet meant for someone else, according to the police and relatives.

“We really need to end this gun violence in the city of Chicago because innocent people are getting shot,” said Moore’s cousin, Chant’e Moore. 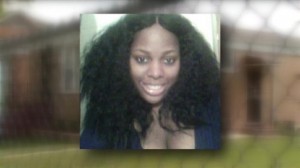 Moore, her cousin and other relatives had gathered at an aunt’s home in Morgan Park to celebrate a teenage relative’s prom send-off. After the party, people were cleaning up, said Moore’s aunt Aretha Cummings, who lives in the home where the party took place.

“We heard gunshots, and we started to run,” said Chant’e Moore, 36. “We all was running towards the house. People were falling over one another.”

Then, Summer Moore “just hit the ground,” her cousin said, “We thought she had just tripped or something.”

Summer Moore, of the 3100 block of West Marquette Road, was shot in the chest. She was taken to Advocate Christ Medical Center in Oak Lawn, where she was pronounced dead.

“It’s not believed she was the intended target in this incident,” said Officer Jose Estrada. “However, we still don’t have much more detail on who exactly that target was or what exactly happened.”