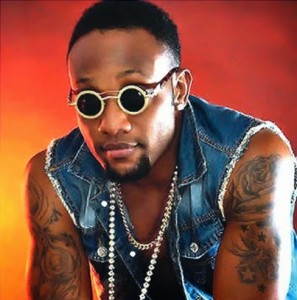 Superstar singer — KCee has been taking us up and down with this whole marriage issue.

It was surprising when KCee told Toolz on Ndani TV’s The Juice that Cynthia Ijeoma Oduah who he wed in March 2010, is his sister.

When images of the couple’s traditional and white wedding popped on the screen, he claimed “we were shooting a movie”.

If you recall, KCee was recently romantically linked to actress Ebube Nwagbo, but she shut down rumours, responding with “he is a married man.”.

Speaking to Punch, the singer through his manager Soso Soberekon ”clarified” the situation.

He claims he neither denied nor accepted he was married, also stating it was a joke.
“He does not want to keep his family life in the public glare. That is why he joked about it. Marriage is a good thing and it is good to keep it private.”