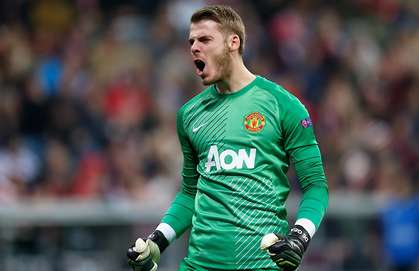 Manchester United are set to offer De Gea an improved contract to keep him at the club, InformationNg understands

After a somewhat disastrous campaign for the Manchester Club, De Gea been one of the few positives and rightly deserves the player of the year for the club.

Barcelona and Real Madrid have continued to monitor his developments.

Barcelona though are front runners to lure him to Spain, after Valdez decided to leave the club, and Pinto struggling.

But with this new bumper deal, De Gea is likely to sign and stay at Old trafford.