Death Is Not Life! Nigeria, Change Your Government

Is this life? Who thinks that deaths every day is life? Why are we now dying in Nigeria from terror faster than any nation on earth? More deaths and destruction than CAR, Iraq, even Syria! All our farming villages being wiped out! We cannot go to the market anymore or the bus stop without thinking of the 50:50 chance we may be blown to bits. In our villages we are massacred. We go to school and we are abducted by some hopeless, weak miscreants. Who is waiting for 2015? Only very wicked people are waiting and say ‘2015’ is when this must end. How many of us will be left by then? We say this government must go now! If it was any other country in the world, the people will have protested years ago and gotten rid of this establishment. The president would have been impeached by responsible lawmakers and jailed soon after.

A disciplined military would have kicked the thieves to the holes where they belong. But we are being wicked to ourselves, the dead, injured, orphaned and displaced by tolerating this way of death. If you are one of those who say some ‘opposition’ is behind this; fair enough, Jonathan has had four years to arrest those ‘opposition’ persons, we don’t care who they are, arrest them! He has not. Then he has to go, because death is not a way of life. If our government cannot arrest the orchestrators of this terror in four years, do we not have enough common sense to know that we must run the streets ‘naked and mad’ till they get out of there? These rulers, governors and president, they are only concerned with dividing oil wealth and covering each other up while we die the most horrific deaths recorded in the world. 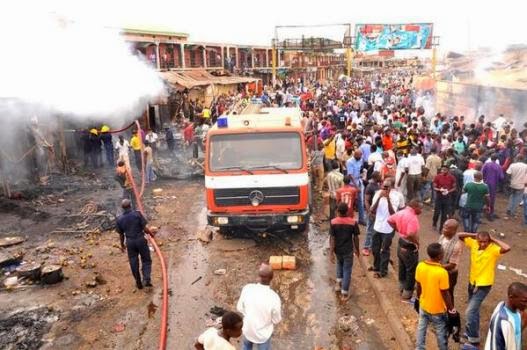 The government likes this, they are behind the terror, else they would have arrested those who are. Nigeria’s civilians have been waiting for the government to allow us go after Boko Haram, but no, the government is protecting the terrorists in Sambisa, denying us our right to go, fight and die to rescue our girls and kill them psychos. Why is the government protecting Boko Haram from us? We know the government, both state and federal does not care a bit for our lives, so the only reason they are delaying us entering the bushes after the terrorists is because they want to preserve them. Thousands of youth from across the nation and Civilian-JTF have been waiting for government approval. Over 500 hunters have gathered at Borno for several weeks now as we verified on the ground, ready with their deep knowledge of the forests, their charms and shot-guns, to go in, rescue the girls and kill Boko Haram.

Only two days ago did the world know of this as the state and federal government kept the hunters on hold while our girls spent 36 days in the jungles being molested and abused by Boko Haram. The government does not care about the lives of the hunters. The only reason they are stopping us vigilantes and the hunters from going in there to seek out and slaughter Boko Haram is because they work hand-in-hand with the terrorists and are trying to protect them. We are tired of the lies. We are tired of the death. Death is not life. Something must happen and happen fast in this country. Now we have given them no excuse, we have said we will get this job done ourselves. We the people killed 300 Boko Haram last week, more than the government army under Jonathan, Gusau, Dasuki, Badeh and Minimah has killed in months. We knew they have sabotaged and made our army useless and they kept pretending like there was nothing we can do against Boko, that Boko are ghosts. Government, we are ready to do something–something can be done. We know where the ‘ghosts’ are and we know how to kill them. Vigilantes and hunters are ready to go in to Sambisa and other jungles. What say thee now, Government? 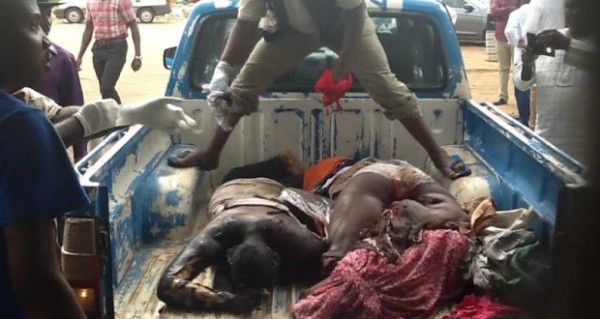 *Some Of The Victims Of Jos Blast

Me I am fed up. I am tired of this. I don’t want oil, whoever wants can take the oil. All I want is life and sanity. Cut me a piece of the country where I can live with order, decency and human beings that understand English and know what truth, progress and justice means. I am tired of accusing anyone or being accused. If you are down for progress, let’s go and rid us of them or rid them of us! I am revolting!

Every newspaper and journal all over the world has said it: that we have a useless, hopeless, deadly corrupt administration that is clueless and has no idea what to do and how to manage a nation. Are we 168 million Nigerians so sheepish, we are allowing these cursed illiterate thieves to remain at the helm, spelling death and pain for us every day? Dear Nigerians, death is not life oh! Change your government. Sack them all with all their cabal business friends on the outside. It could be you at a market, bus stop, school or in a village tomorrow oh?