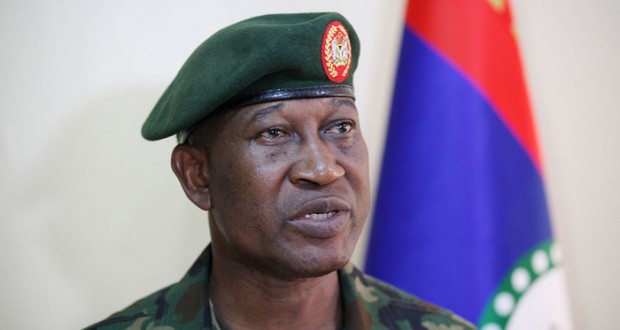 The Defence Headquarters yesterday raised the alarm over plans by some groups to blackmail the military, using what it called doctored and falsified audio visual materials.

The Director of Defence Information, Maj-Gen. Chris Olukolade, who made the allegation in a statement in Abuja, Friday, urged members of the public not to allow themselves to be hoodwinked by the unnamed groups.

The alleged plan, he claimed, is “aimed at attracting international condemnation and indictment of the Nigerian military and its operations in the Northern part of the country”.

He added: “The campaign, which is to rely heavily on doctored and falsified audio visual materials, some of which are already trending in the social media, is to be coordinated and funded by a prominent political leader whose state is currently under the state of emergency.

“The details of the plan which is already being fine-tuned by a group of media practitioners is to be presented for the final ratification and funding by the political figure”.

“The planners of this multi-media crusade also hope to use it to gain some mileage in the drive to secure international attention as they have not achieved this sufficiently despite previous efforts. The programme, which is also meant to reinforce the ongoing media campaign against the military, was adopted as an alternative by those who are bent on politicizing the ongoing counter, terrorist operations in the northern part of the country.

“It will be recalled that a newspaper, apparently testing the waters, last week published some of the doctored pictures which the Defence Headquarters instantly repudiated, pointing out that they do not represent activities or operations of the Nigerian military.

“This Headquarters wishes to reiterate its rejection of pictures and video footages from unverifiable sources claiming to reflect activities or so-called atrocities purportedly perpetrated by Nigerian security forces.

“They do not reflect or depict the true state of affairs or operations of Nigerian military or any of the security forces.

“The public is advised to watch out and not allow themselves to be hoodwinked by these acts of infamy orchestrated by this desperate group.

“Once again, it must be emphasized that the dastardly acts of terrorism are against all Nigerians and all peace-loving people all over the world.

“No amount of propaganda by apologists of terror group can justify the evil acts of terrorism by attempting to cast the Nigerian military and security forces in bad light”, the DHQ stated.