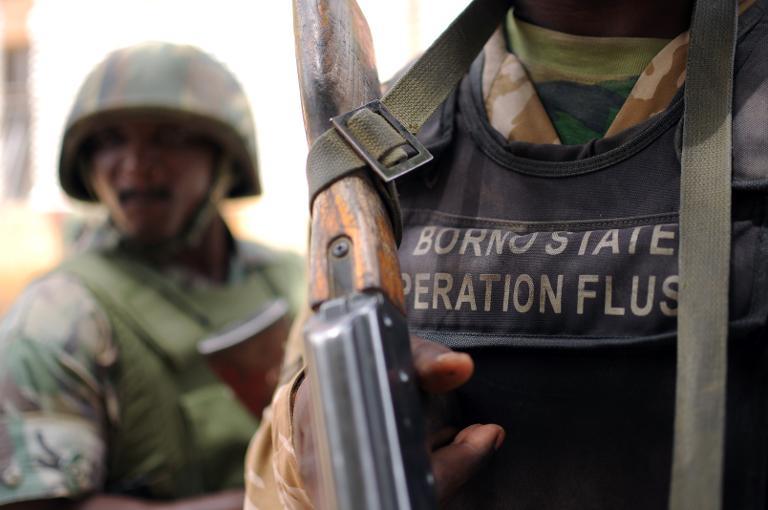 The announcement was made by Director of Defence Information, Maj.-Gen. Chris Olukolade at a press briefing in Maiduguri.

“The GOC has been redeployed based on the decision of the headquarters”, he said.

He said a GOC had been appointed in acting capacity to take charge of the division.

He, however, assured that the redeployment of Mohammed would not affect the ongoing anti-terrorism campaign in the troubled North-East region.

“Let me assure that the military will sustain the current tempo in the fight against insurgents”.

The Defence spokesperson also denied reports that the redeployed GOC was wounded in Wednesday’s protest by some soldiers, who fired at his official car when he visited the cantonment on a morale-boosting mission.

He added that the Defence Headquarters had instituted a military board of inquiry into the unruly behaviour by the soldiers.

“On May 13, our troops, who had been on an assignment in Chibok, were returning to Maiduguri when they were ambushed in Dalwa, few kilometres to the city.

“One officer and five soldiers were killed, while a number of others were wounded.

“The division has embarked on the normal recovery processes to recover wounded soldiers for treatment and to evacuate the bodies of those killed to the morgue.

“The General Officer Commanding (GOC) was touched by the incident. So, he wanted to sympathise with the troop by addressing those present.

“In the process, some soldiers became unruly and began to fire some shots into the air.

“The situation was quickly brought under control and normalcy restored as there was calm in the cantonment and normal operational activities are ongoing”.

He said the inquiry would come out with exact situation of things based on which the military authorities will take next action.

He described the situation as sad, saying, “the Nigerian Army is poised to uphold its principle of discipline and loyalty to service”.