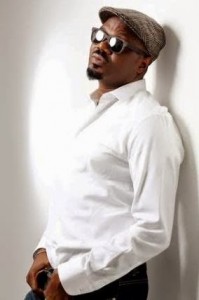 Legendary veteran DJ — DJ Jimmy Adewale Amu aka DJ Jimmy Jatt recently informed us of the formal launch of his 25th Anniversary at the Oriental Hotels in Lagos.

DJ Jimmy Jatt said, “It is hard to believe that 25years have gone by and I have been having the time of my life doing the job I love. This anniversary celebration is to take people on my journey so far and also to show my appreciation for their continued support all these 25 years.”

Members of the planning committee for the anniversary Matthew Ohio and Ubi Franklin of Triple MG also spoke.

See The legendary DJ also announced the activities taking place during his anniversary:

– The 25Th Anniversary Nation-wide tour. DJ Jimmy Jatt will be touring 6cities across Nigeria from the 30th May through Mid-June. The tour will start in Lagos and run through Enugu, Benin, Port Harcourt, Ilorin and Abuja.

– The DJ Jimmy Jatt documentary
– The 25th Anniversary formal dinner August 3, 2014
– Jimmy’s Jump Off September 30, 2014
– The launch of the DJ Jimmy Jatt foundation for the Entertainment Arts with its first project for up and coming DJ’s in October July 2014

This year will also mark the return of his legendary TV show ‘Jimmy’s Jump-Off’ which has featured Nigeria’s biggest music acts includingTuface,Mode9, M.I, Ice Prince, the Late Dagrin,Sauce Kid and many more. Adocumentary on the respected DJ and an official video ‘Glasses Up’featuring Tuface and Burna Boy will be released as the theme song for the anniversary