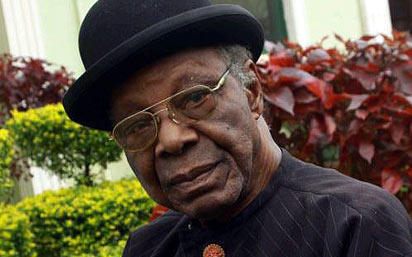 Eminent jurist and retired Justice of the Supreme Court (JSC), Chukwudifu Oputa is dead. He was said to have died “peacefully” yesterday afternoon at the National Hospital, Abuja, at the age of 90.

One of his sons, Geoffrey Oputa, said the legal icon suffered a relapse of the stroke he had sometime in February this year and was rushed to the National Hospital where he was pronounced dead by doctors.

A brief statement by his son, Charles (Charly Boy) Oputa, read: “The family of Justice Chukwudifu Oputa wishes to announce the passing to glory of the eminent jurist and retired justice of the Supreme Court of Nigeria at the age of 90 years.

“He passed on peacefully on Sunday afternoon 4th May 2014 after recovering from a brief illness. Funeral arrangements will soon be released by the family”.