Controversial Islamic scholar, Sheikh Ibrahim El-Zakzaky, has allegedly said that the leader of the Boko Haram sect, Abubakar Shekau, is being shielded by the Nigerian military. 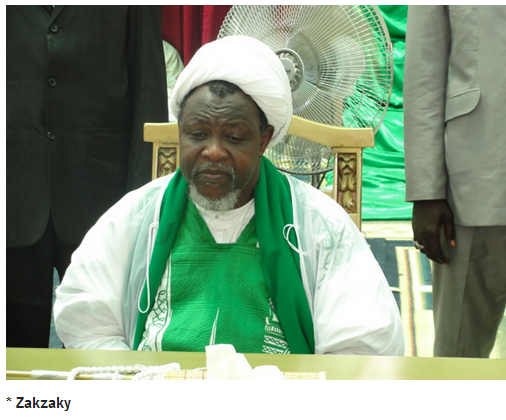 The Nation reports that the leader of the Islamic Movement in Nigeria, popularly called Shiite Muslim group, made this statement while speaking at the Movement’s 2014 Martyr day in Zaria on Sunday.

It was gathered that the scholar alleged that the recent wave of terrorism being carried out across the country by the Boko Haram sect were part of covert operation by the developed nations to balkanize Nigeria and plunder its resources.

Zakzaky stated that Shekau is presently being kept safe in a military camp, adding that the federal government should stop fooling Nigerians on its claim that it does not know the where-about of the Boko Haram’s leader.

He added that the aim of the Western countries is to control Africa’s rich deposits of mineral resources.

Zakzaky also called for the immediate release of two of its members, Haruna Abbas and Ibrahim Hussain, who he said were arrested over a year ago for no reasons and detained by the Nigerian government without trial.

The Islamist militant group, Boko Haram has claimed responsibility for several terror attacks across Nigeria that have claimed thousands of lives since 2009.

The latest of the attacks was a bomb explosion that occurred in Jos Saturday night which is believed to have killed three people already.