An apple of discord fell between the current Governor of Ekiti State, Dr John Kayode Fayemi, and Finance Minister and Co-ordinating Minister for the Economy, Ngozi Okonjo-Iweala. 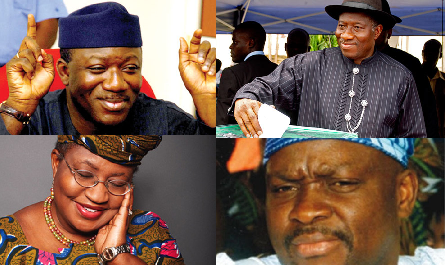 As Ekiti State prepares for another governorship election emotions between political opponents run high. Kayode Fayemi is the APC gubernatorial candidate while Ayodele Fayose is the PDP flag bearer in the 2014 Governorship election slated for June 21.

It was alleged that the recent opinion poll held by the company is closely linked to Ngozi Okonjo-Iweala. The very fact provoked the John Kayode Fayemi (JKF) Campaign Organisation to blame a globally renowned Nigerian economist in taking advantage of the company.

“NOI Polls is nothing but a front organization organizing voodoo polls to achieve pre-determined ends for the PDP,” the JFK statement signed by Dimeji Daniels, spokesperson for the campaign organisation, said.

According to NOIPolls’ results, the candidates had two percent gap between each other with Ayo Fayose leading with 31 percent. JFK categorically state that the released results is not a reflection of reality and want to remind Nigerians that NOIPolls is a biased organization bearing the name of Ngozi Okonjo-Iweala.

They once again named Ngozi Okonjo-Iweala a real owner of the company, challenging her to publicly deny the ownership of the NOI if it’s not true. The JFK called on Ekiti people to be alert and ready to defend their votes as one and the same company organises monthly polls for the Presidency and falsifies the results in order to pave the way for the PDP triumph.

By the way, the president of the ANAP foundation, Atedo Peterside who is the poll’s sponsor, is also a close associate of President Goodluck Jonathan.