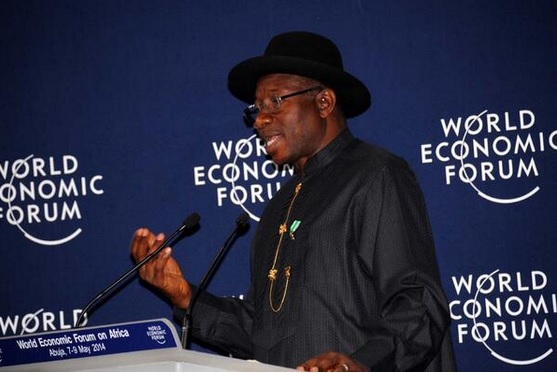 A whopping N4 billion was spent by the Federal Government on the recently held World Economic Forum on Africa, which held in Abuja from 7-9 May, a report compiled by SUNDAY PUNCH has shown.

The figure, which was provided for in the 2014 budget under the service wide vote with code 23050143, is aside the unspecified amount provided for sponsorship by the Organized Private Sector.

Although the budget did not provide a breakdown of the allocation, it was discovered that the amount was used to pay for hotel bills, feeding and other logistics of top government functionaries of countries that attended the three-day event that held amid water-tight security.

Some of the world leaders that attended the WEF-A were the Presidents of Togo, Rwanda, Kenya, Tanzania, Senegal and Ghana.

Others were the Premier of the People’s Republic of China, Prime Ministers of Cote d Voire, Mali, and Madagascar.

The WEF-A with the theme ‘Forging inclusive growth, creating jobs’, was attended by over 1,500 delegates from about 80 countries.

Apart from government funding, the forum also had strategic partners, industry partners, group and regional partners that facilitated its hosting.

The strategic partners were made up of a select group of 100 leading global companies representing diverse regions and industries selected for their commitment to improving the state of the world.

As at press time, a mail sent to the Associate Director, Media Relations, WEF, Mr. Oliver Cann, requesting how much was provided by the partners for the event, was yet to be responded to.