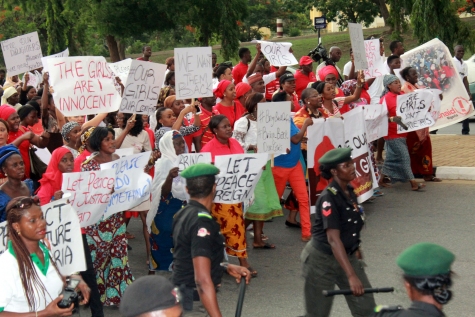 The Federal Government has again reiterated its commitment to ensuring that the 234 female students of Government Girls Secondary School, Chibok, in Borno State, who were abducted by Boko Haram gunmen, are returned.

The Minister of Interior, Comrade Abba Moro, gave the assurance yesterday when he received a United Kingdom (U.K) delegation led by Mr. Hugh Ind in his office.

Moro said: “The government is worried about this issue of terrorism that resulted in the kidnapping of secondary school girls. We know what the parents are passing through and we will do whatever it takes to bring them home.

“The government will not relent and will not be distracted by the activities of terrorists in our desire to create an enabling environment to attract foreign investors to the country”.

The minister commended the U.K for suspending its planned visa bond for Nigerians and citizens of some other countries.

He added that the office was ready to partner Nigeria in those areas, including talking to people on the need to live in peace.