Paris, France – A gay 51-year-old South African artist has been found guilty by a Paris court of sexual exhibitionism. 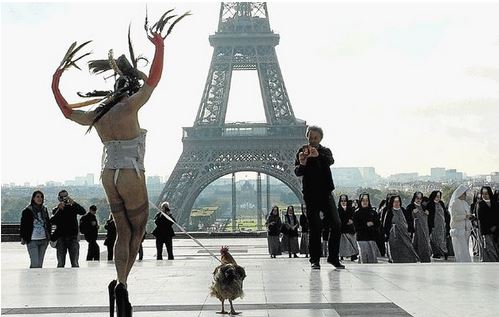 In September, Steven Cohen was arrested after staging a “performance” in front of the Eiffel tower. He wore minimum clothes, a feathered head piece, high platform shoes, and had a rooster tied to his penis by a leash. He was apprehended by the police after dancing for about ten minutes.

Cohen has described his act as a form of sex-unrelated art.