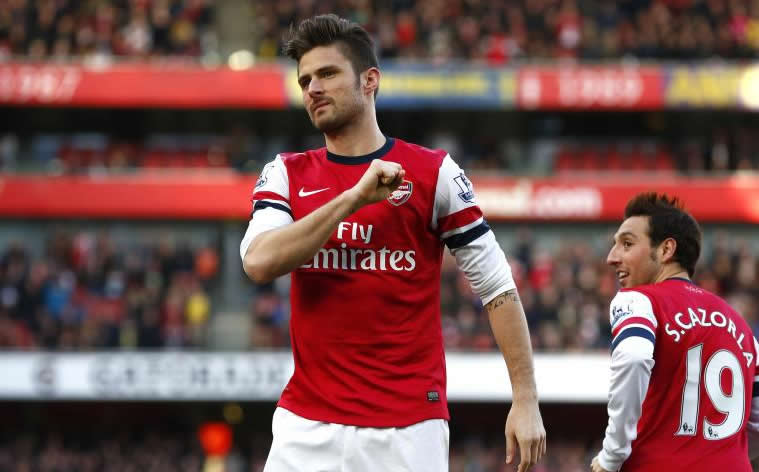 Olivier Giroud has confirmed he’s in talks with Arsenal about a contract extension despite his current deal running for two more years.

Charged with leading the Gunners attack from the outset of the season, the French international made 51 appearances in all competitions last term- more than anyone else in Arsene Wenger’s squad – netting a creditable 22 goals in the process.

“I have two years left on my contract, but we’re in talks to extend it. For the moment, I’m good here. There are some good things to be done. “I feel at ease in this league. My first season wasn’t too bad, the second was rather good. I hope to do better still. I progress year-on-year, just like the team, which produces great play.”

He may not be Luis Suarez, but given his efforts this season there can be few Gooners who’d begrudge Giroud a new deal…even if there remains a desire to
see further quality added to the attack.{Arseblognews}