The Academic Staff Union of Universities, ASUU, has proffered solutions to the continued insurgency being perpetrated by the Boko Haram sects in some parts of the country.

While addressing journalists on the issue in Abuja on Monday, the National President of ASUU, Dr. Nasir Fagge said the Boko Haram imbroglio presents the gravest internal security challenge to the country since the civil war of 1967 – 1970.

He added that the Boko Haram could only be defeated by responsible government, war againt unemployment and provision of social welfare for all citizens.

Mr Fagge stated that the death of thousands of people, depressed the economy, intensified ethno-religious and regional tensions, have exposed the navel of intelligence incompetence of our security system and called into serious question the competence of the government to defend the life of the citizens. 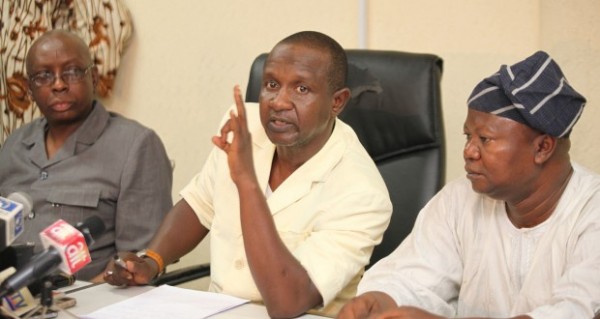 “The consistency and boldness of these attacks suggest that the government’s approach is tepid, wrong minded, ineffective and mostly an ‘after the act’ approach. We have reached a point where the more the government claims to have tried to curb the insurgent activities, the more the insurgency grows and expands to other frontiers.

“It is therefore apparent that the only recipe will be to undertake a deep, new comprehensive analysis of the root causes of the insurgency that has proved till now intractable and is destroying national integrity.

“We have reached a point where ad hoc fire brigade approaches and policies, and half measures cannot work, and hence a comprehensive strategy is the answer. These include socio-economic development and education, crucially the pursuit of a humanistic socio-economic development with the goal of fulfilling the needs of the people, society’s control of the commanding height of the economy,” the universities union boss said.

He accused the federal government of insensitivity, pointing out President Goodluck Jonathan’s recent involvement in political rallies across the country while the country was on fire.