Home News Feed I Am Not Going To Wish My Brothers And Nation Ill –...
Facebook
Twitter
WhatsApp

Brown Ideye omission from Super Eagles Coach, Stephen Keshi’s 30-man list suprised quite a few people and according to him even his fellow teammates. 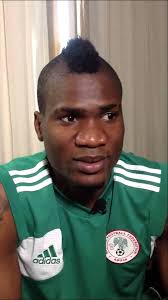 He has come out and said that he is ok with this, and this will make him improve himself on the football pitch.

He wrote: “I’m sorry all my fans that things turn out this way, it’s make me believe that i have to work very hard, improvement of my game and improving on my role as a strike,” Ideye tweeted immediately after the squad list was revealed.

He continued: “So disappointed but life those not end here, Last things i will do is to wish my friends BAD!”

“We are more than teammates, we are like a family in and out the pitch. That is why we are moving forward, wish you guys all the best.”

He revealed he will continue to support the Green white Green, saying: “I will be flying my GREEN every match day,”

“Some of the brothers has been calling my phone and we have be talking, my phone is so hot right now.

“Some are surprised and shock, i told them to relax and focus on the task ahead of them. And they should go they and achieve something good for our country.”

The Dynamo Kyiv frontman wasn’t the only one hurt by missing the world cup, Academica’s John Ogu was also left out of Keshi’s list despite impressing when called up he tweeted his support for his brothers too below. 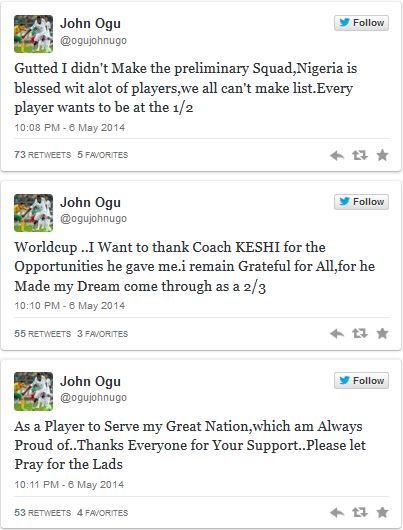 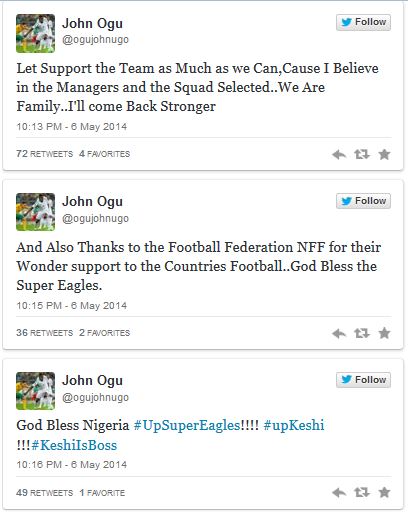