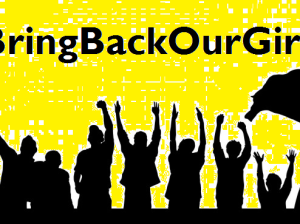 The former Chairman of the Northern States Christian Elders Forum, Evangelist Mathew Owojaiye, said NOSCEF, an affiliate of the Christian Association of Nigeria, CAN, did not give the go-ahead for the release of the document containing 180 names of the schoolgirls abducted from Government Secondary School, Chibok, Borno State.

In a statement on Monday, Evangelist Owojaiye said he made the comments strictly in his personal capacity and not on behalf of CAN or NOSCEF.

“I would like to clarify some of the comments I made over the weekend as they have been reported in the media. My comments were made in a completely personal capacity, and in no way should have been considered to be the positions of either the Christian Association of Nigeria or the Northern States Christian Elders Forum.

The no-nonsense preacher, who is the President/Founder of Kaduna-based Old Time Revival Hour, added that the demand of N50m as compensation for the families of the abducted schoolgirls and other recommendations in the document that was reported by the media, were merely personal suggestions.

“I have no wish to cause distress to the girls and their families. These girls demand justice, and I intend to rally support for their cause. Ultimately this should never have been about me or my comments. It should be about the girls and their families. We must do everything we can to recover them, and once the government have done this, to provide the appropriate amount of compensation that they require”, the statement read.

The document among other things, recommended a N50m compensation for each of the girls abducted by Boko Haram insurgents on April 14, in addition to scholarships to study abroad.