Prof Ishaq Akintola, the Muslim Rights Concern (MURIC), Director and Dean of the Faculty of Arts at the Lagos State University (LASU), on Thursday condemned an attempt by some Christians of Baptist Church in Ikonifin, Osun State, to launch a disguised Boko Haram attack on a church by its members. 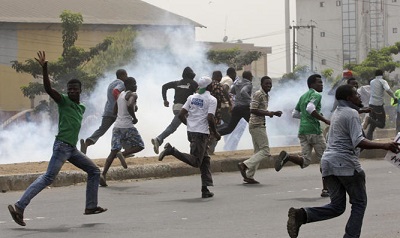 Speaking in Lagos on the incident, Akintola said, the action which reportedly caused pandemonium in the church was carried out through the use of bangers, which were thrown at worshippers.

The Islamic group said the incident led to the injuries of several worshippers.

MURIC further revealed that the assailants were masked in order to conceal their identification.

The don pointed out that this was the time for all Nigerians to join hands together to curb the menace of terrorism instead of some evil spirited persons among Christians to be faking a Boko Haram attack.

The Islamic scholar reiterated that the Muslim organisations, Sultan of Sokoto, the President of the Nigerian Supreme Council for Islamic Affairs (NSCIA), Muhammad Sa’ad Abubakar, have condemned the activities of Boko Haram and dissociated Islam from the sect’s killings and destruction.

“It is, however, sad to note that in spite of this all-round rejection of the renegade group by Muslims, a large section of the Christian community, some sections of the Nigerian security agencies and a section of the Nigerian press still treat mainstream Muslims in the country either as active members of Boko Haram, sympathisers of the group or their accomplices” Prof Akintola said. “A good example of these fantastic Christians is the Pastor of the Baptist Church, Ikonifin, Osun State, who attempted to launch a false Boko Haram (attack) in the state.