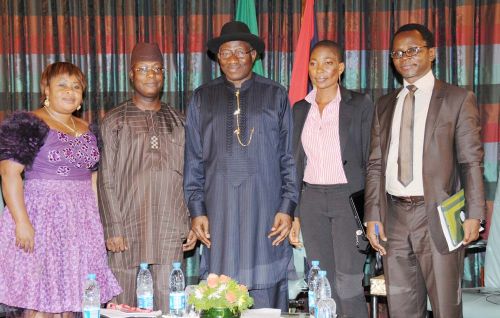 The Presidency has announced that another edition of the Presidential Media Chat will be held today at 7pm.

The chat, which is to be broadcast live on the network services of the Nigerian Television Authority (NTA), the Federal Radio Corporation of Nigeria (FRCN) and the Voice of Nigeria (VON), will see President Goodluck Jonathan respond to questions from a panel of journalists and media executives on current national issues and developments.

According to a statement by the Special Adviser to the President on Media and Publicity, Dr. Reuben Abati, “Members of the public who have particular issues they will like President Jonathan to address are also invited to send their questions via twitter to @mediachatng1.

“President Jonathan will respond to the most significant questions received before or during the programme”, Abati said.

The statement enjoined other radio and television stations in the country to hook up to the network services of NTA and FRCN to relay the media chat to their listeners and viewers.