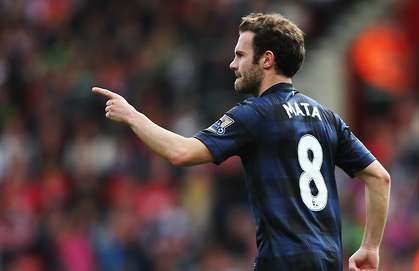 Barcelona are ready to reignite their interest in Manchester United playmaker Juan Mata, and could submit a stunning proposal to the powers that be at Old Trafford this summer.

Interest in the Spaniard was high in January, once it had become apparent that Jose Mourinho was ready to allow him to depart Stamford Bridge. Despite
Barca being amongst the clubs said to be vying for his signature it was United who came out on top, trumping other suitors with a deal said to be worth around €45million.

Mata’s time with the former Premier League champions has been a mixed bag
since however, and the lack of Champions League football could ultimately count against his new club.

According to reports in Spanish newspaper AS, Barca chief Andoni Zubizarreta has retained a strong admiration for Mata’s abilities, and is willing to sanction a move for the United winger as part of manager Luis Enrique’s bid to revamp the current squad. The 26-year-old could arrive at the Nou Camp
to replace either Pedro or Alexis Sanchez, as both men are believed to be on their way out of the club.

It remains to be seen how much it would
cost for the Catalan giants to land the Spaniard, as he will likely be integral to Louis van Gaal’s plans for United moving forward. His own ambitions could potentially see that a transfer is forced through though, which will probably worry fans the most.{GMS}