The Spokesperson for Ghana Armed Forces, M’Bawine Atintande, on Thursday announced that three passengers died in an helicopter crash that occurred off Ghana’s western coast, home to the nation’s offshore oil industry. 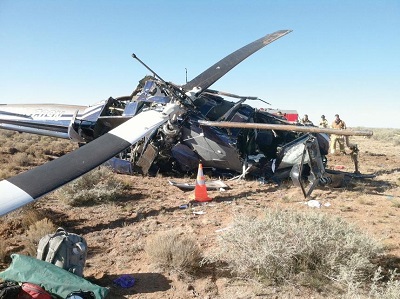 “Three people have been confirmed dead” he said.

Atintande further stated that four people have been rescued from the crash, while one person is still missing.

According to him, the passengers were thought to work in the oil industry.