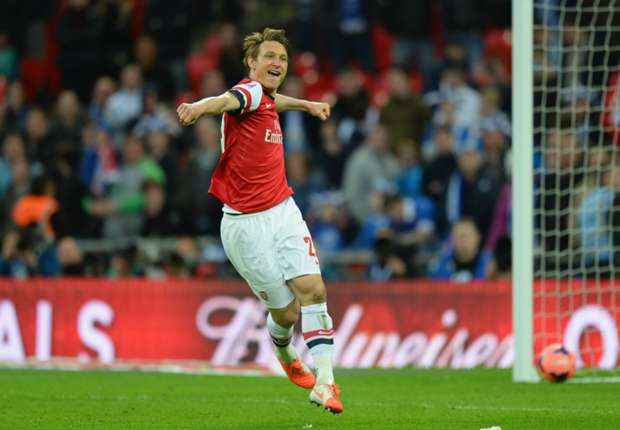 Kim Kallstrom hopes to extend his stay at Arsenal into next season despite his loan spell at Emirates Stadium coming to an end.

The Sweden international is due to return to parent club Spartak Moscow now the Premier League campaign has ended, but remains hopeful a permanent transfer could be on the cards.

Kallstrom made only four appearances during his short stay in London, but the 31-year-old is confident he did enough to convince Arsene Wenger to re-sign him.

“We talked a lot, but of course it stays between us,” he told fotbollskanalen.se. “They were very happy with my performance and what I was there to do so it felt good.

“We’ll see, it was a very good experience but we’ll have to see what happens.

“I have a year left on my contract in Russia so it is what it is now until something else happens.

“Spartak’s a very nice club and I enjoyed working there so it will be a continuation, which is a very good option too.”

The 31-year-old joined Spartak in 2012 and has made 30 league appearances for the Russian Premier League club.{GOAL}