Keke Napep (commercial tricycle) riders have taken to the streets of Maiduguri, the capital of Borno State, to protest what they see a “deliberate killing” of one of their fellow riders and his passenger by a police officer. 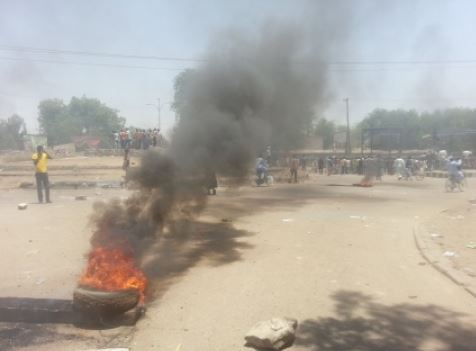 According to eyewitnesses who spoke to Premium Times, the incident happened on May 18, 2014, Sunday, at about 11am. The police officer had ordered a tricycle driver to take another direction as there was a traffic congestion in the West-end roundabout. After the rider refused to obey, the policeman first shot at the driver, but hit the passenger. Upon realizing that his passenger was hit, the rider stopped. The policeman walked up to him and shot him dead.

Members of the Keke Napep Union who learnt of the incident have gathered to protest the killings, burning the tyres and barricading the roads in the customs, Kashim Ibrahim and Post office area, according to Sahara Reporters.

Some of the drivers headed towards the Dandal Divisional Headquarters of the Police force, making soldiers who were deployed to the area to fire warning shoots to disperse the crowd.