A female banker and her lover died while having sex at Eziudo autonomous community in Ezinihitte, Mbaise Local Government Area of Imo State. 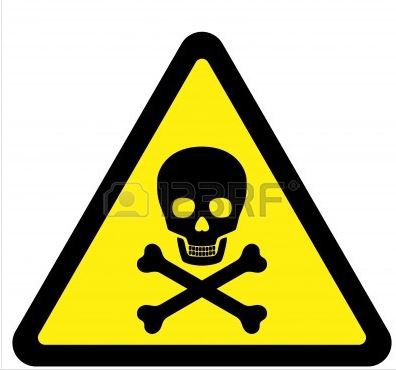 The two deceased are Mrs. Adejoke Ayeola, 44, from Iperu Remo in Ogun State, and Wilson Ugwunna, 42. Both have two children each with their respective spouses. Mrs. Ayeola was said to have been married to a traditional ruler in Ogun State.

It has been gathered that Mr. Ugwunna’s family were alerted when he failed to show up on April 27, 2014. Both lovers were discovered in a bed together. Mrs. Ayeola’s body was said to having started to decompose, while Ugwunna was in deep coma. The corpse of the woman was taken to a mortuary, as the man was taken to a hospital but later died.

Indigenes of Eziudo community disclosed to Daily Trust they strongly suspected the tragedy was caused bymagun, a Yoruba charm commonly used in Yorubaland and usually cast upon a woman suspected of illicit affairs.

The traditional ruler of Eziudo community, Eze Desmond Oguguo, HRM, confirmed the incident. He recalled that a day prior to the tragedy, Mr. Ugwunna brought a Yoruba lady home from Lagos and introduced her as his future wife, although he already had a wife and two children whom he had reportedly abandoned three years ago. The children are currently staying with his mother in Owerri, the Imo State capital.

Another member of the community disclosed that the lady’s husband came and took her corpse to Yorubaland.

It was further gathered that the lady, who worked in a new generation bank, had lied to her husband that she was attending a meeting in Ibadan, the Oyo State capital, while she went to Mbaise with her lover.

However, the medical director of Obizie People Medical Centre where Wilson was rushed to for medical attention, Dr. Ohanyere Alex Chibuike, said the rumour about magun was baseless. He said the real cause of their deaths was the carbon monoxide they inhaled from a generating set throughout the night, explaining that he conducted tests on the deceased.