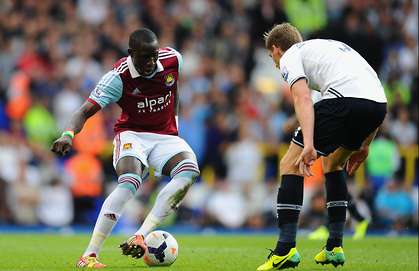 The Senegalese ace – who has one year remaining on his current deal with the club – has been the subject of interest from a number of Premier League clubs in recent time.

And if reports are to be believed, the likes of Liverpool and Newcastle United could be set to scramble for his signature in the up coming market.

Diame looks set to leave West Ham this summer, with the club refusing to reward him with the £80,000-a-week contract that he’s after.

It remains to be seen as to whether the likes of Liverpool and Newcastle will pay him a similar salary, however they certainly appear to be monitoring his
situation.

Liverpool will be desperate to add to their squad in the transfer window, as they prepare to embark upon a Champions League adventure in 2014/15.

The midfielder has a £3.5 million buyout clause in his deal with West Ham, so could prove a good piece of business for either of Brendan Rodgers or Alan
Pardew.{GMS}