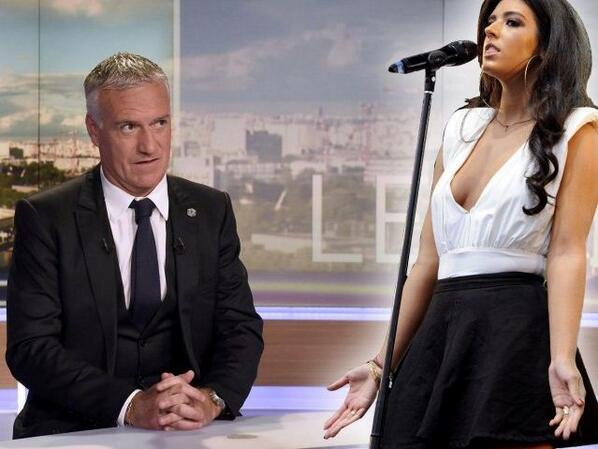 Didier Deschamps has filed a lawsuit against Samir Nasri’s girlfriend Anara Atanes for her abhorrent comments towards the federation.

Late tuesday, the pop singer who is english-born blasted both the manager and France for excluding Nasri from the team despite his consistent brilliant displays for his club.

She tweeted: “Fuck france and fuck deschamps! What a shit manager,” she wrote, before adding:

“Lets just get this straight! Im not mad i get my bf for 2 months…. I just think theres a level of respect to be had!”

After her outburst, Nasri replied: