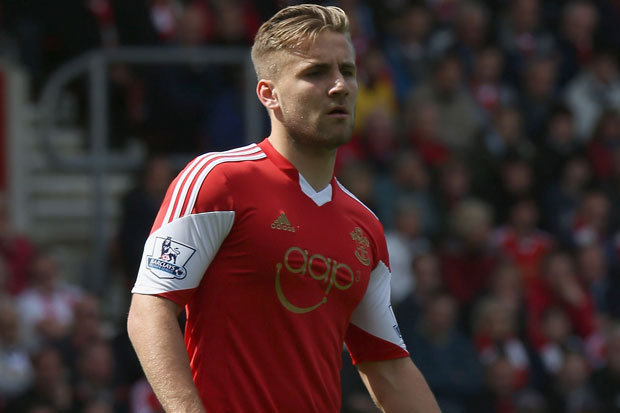 Shaw has been linked with the Red Devils several times this season and United made a bid for the 18- year-old after their 1-1 draw against Saints earlier
this month.

The Southampton ace had been touted as a possible replacement for Evra but it seems that he will now be competing with the Frenchman to be the club’s first
choice left-back.

Evra, 33, was set to become a free agent this summer and was linked with a move back to France but he has decided to extend his stay at Old Trafford.

New United manager Louis van Gaal will be pleased to have kept Evra at the club as the Red Devils are currently lacking experienced players after losing club legends Rio Ferdinand and Nemanja Vidic.

The French international has a wealth of experience and could be a possible candidate for the vacant captaincy.

Despite securing Evra’s services for another year van Gaal is still keen to sign the highly rated Saints superstar.

Shaw who is currently on duty with England has played down talk of move to United and has insisted that he is focused on performing well for the Three
Lions this summer.

Shaw said: “Transfer talk is completely gone – I am here to focus on England and England only.”{DailyStar}