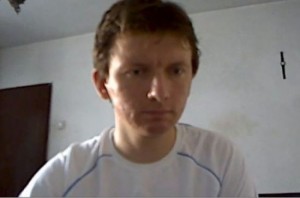 Desperate for love, the 34-year-old Serbian had turned to Facebook to find his soulmate. He sent individual messages to 5,000 different women, asking if they would consider being his girlfriend. Unfortunately, none of the responses were favourable. “I got only 15 responses and they were all negative,” he said. “All 15 politely refused to be my girlfriend, while the rest of them simply ignored me. When someone ignores you, that’s the worst thing of all.”

But Jovanovic hasn’t lost hope yet; he vows to continue his mission to find his perfect woman online. Well, he actually doesn’t have any other options, as most of the women in his tiny village (near Belgrade) are either married or grandmothers. He also said that he finds speaking to women online easier, owing to his shy nature. He admitted that he doesn’t laugh much, and that his behavior towards strangers can be stiff at times.

Jovanovic doesn’t seem to be too particular in his choice of girls – he just sends messages at random and hopes for someone to respond. “The girl does not have to have personality traits just like me,” he said. Location and age don’t matter either – he’s messaged girls as young as 16, both in Serbia and abroad. Why should he have to narrow down his choices, he asked, when Facebook offers access to hundreds of thousands of women?

“I know I risk getting into the record books as the biggest Facebook romantic flop of all time, but it is worth the risk,” he said. “I wish I had a girl next to me, I miss the presence of female energy in my everyday life.” Jovanovic said that his life is pretty lonely, and all he wants is for a girl to give him a chance. He pointed out that women have no reason to be afraid of meeting him. In fact, he wants the meeting to take place in a public area of the girl’s choice, to avoid something ‘unexpected’ from happening. “All I’m asking is for someone to take a chance on me, meet up and we take it from there.”