Home News Feed Michael Jace’s murdered wife testified for him during divorce from his prior...
Facebook
Twitter
WhatsApp 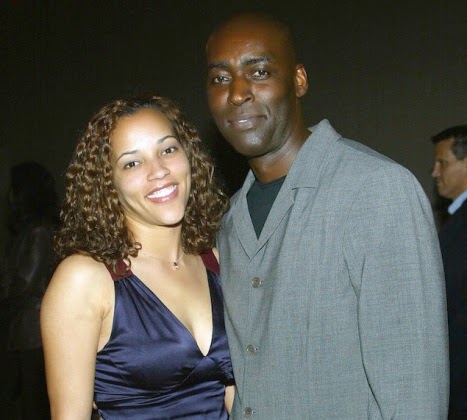 On Monday night, The Shield actor, Michael Jace,murdered his wife. Police sources have revealed that Michael shot his wife dead in front of their two kids, who are under 10 years old. It’s also been revealed that they argued over money before the murder took place at their LA home. But the most astounding revelation since this murder is that the dead wife, April Jace, defended Michael in his divorce from his ex-wife, an ex-wife he allegedly brutally and repeatedly beat up.

Michael Jace was a violent, abusive husband who choked his wife in front of their kid … this according to legal docs from his prior divorce in 1997.

A friend of Jennifer Bitterman claims she personally witnessed Jace choking and slamming Jennifer against a wall as his 6month-old son screamed in his crib next to them.

April Jace — who was killed by a gunshot at the hands of Michael — got involved in Michael’s messy divorce to his previous wife and defended him to the hilt … even though there were claims of brutality.Continue.

April told the divorce judge that Michael provided a stable home for his child, though she never addressed the claims he choked and hit Jennifer Bitterman and slammed her against the wall in front of their screaming son. In fact April actually attacked Jennifer by calling her a bad mom…

The most bone-chilling thing …. April talked about Michael’s son with Jennifer, saying, “Usually at bedtime, he [Jordan, the child] prays for his mom and asks God to protect her while he’s not there with her.”

And this is interesting  … April had a degree in Early Childhood/Adolescence development.

The friend says he was raging and out of control and “seeing the extent of his anger was one of the most terrifying things I have ever seen.”

The friend continues … there were multiple physical assaults on the ex-wife. Still April went ahead and married him.

Earlier report
Actor Michael Jace called police himself to report his wife had been shot, and he had pulled the trigger Monday night in Los Angeles… TMZ has learned.

According to law enforcement sources Jace called 911 around 8:30 PM and told police … “I shot my wife.”

We’re told Jace’s neighbors in the Hyde Park area of L.A. had reported shots fired in the home … and shortly thereafter Jace made his call to 911.

Sources tell us the actor stayed on the phone, as instructed, until LAPD arrived and found his 40-year-old wife, April Jace dead.

We’re told Jace was home alone when his wife arrived with their kids … a short time later he allegedly shot her.

Jace — best know as Detective Lowe from “The Shield” — was taken into custody, and as of 1:00 AM Tuesday … was being questioned, but had not been booked for his wife’s death.