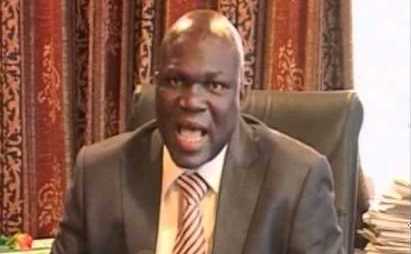 The Presidency has reacted to the statement by the Interim National Chairman of the All Progressives Congress, APC, Chief Bisi Akande, who asserted that the country is on ‘auto-pilot’, saying the comment amounts to partisan blackmail.

Special Adviser to the President on Media and Publicity, Dr. Reuben Abati, in a statement issued on Sunday said: “We consider it most unfortunate that the chairman of the APC will use the opportunity of the situation in the country namely the abduction of the girls of GSSC, Chibok to engage in partisan blackmail.

“The issue of national security should go beyond partisan politics. This is a very serious moment requiring seriousness. But to reduce all of that to partisan politics is in bad taste, it is irresponsible one-upmanship.

“One, Nigeria is not on auto pilot. There is a government in place; there is a President who is also the Commander-in-Chief of the Armed Forces. He is doing his very best to provide quality leadership and to reassure Nigerians that government stands ready always to defend their best interest.

“This administration has continually showed courage and commitment in the face of whatever challenge that may arise.

“They cannot say that government is on auto pilot in the face of all the achievements of this administration in the rail sector, health, aviation, foreign relations, transportation, trade and investment and in every sector.

“If Chief Akande wants to be honest with himself; he will say the truth and the truth will be that this country has been moved forward by President Jonathan, that we are not at the level we were at the time President Jonathan assumed office  in 2011,

“So to say the country is on auto pilot is unpatriotic because it is a lie.

“But he went beyond making recommendations to begin to engage in politics. We will like to advise people like him that where national interest is involved, we should come together and work hand-in-hand with the government.

“This is not the occasion for politicking, campaigning about 2015 and trying to run down the country.

“In fact, it is people like him who run down their country that are creating problems for the country”.