Nigerian Music Videos Are Among The Best In Africa

Alex Okosi, the Seniour Vice-President and Managing Director of MTV Networks in Africa said that since MTV Base started working in Nigeria, its music artists started producing the highest quality music videos in all Africa. 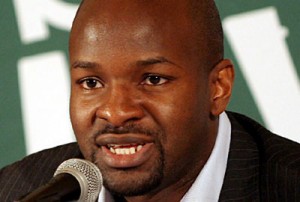 According to Okosi, Nigerian music videos were of the lowest quality before MTV Base started working in Nigeria. He adds that MTV Base has been able to promote African music and culture all over the world and Nigeria has been able to benefit from it greatly.

Okosi claims that a lot depends on the quality of music and the aim of MTV was to promote making of high-quality music videos, “because that’s the best way to market yourself.”

Okosi claims that as MTV Base they believed strongly in production of high quality music videos, they started training people in Nigeria to be able to do that.

He also claimed that all the videos are made according to the rules of the NBC – National Broadcasting Commission of Nigeria and if they ban the video – the video will not be shown.

MTV Base channel was launched in Africa back in 2005. In 2008 it launched an award MAMA – MTV Base Africa Music Awards.

This year Nigerian musicians dominate most nominations in the Durban South Africa.

Leaving Your Home And Getting Back Safely Is An Underrated Blessing: Timaya

Popular dancehall singer, Timaya also known as Papichulo says leaving your home and getting back safely is such an underrated blessing. The multi-talented singer made...
Read more

Veteran Nigerian singer and entertainer, Daddy Showkey has shared a photo showing just how long his hair has grown. According to Showkey, he has left...
Read more

Peruzzi Laments Over Cost Of Putting His New House In Shape

Only a few days ago, social media was set abuzz following the news that popular singer, Tobechukwu Victor Okoh also known as Peruzzi has...
Read more