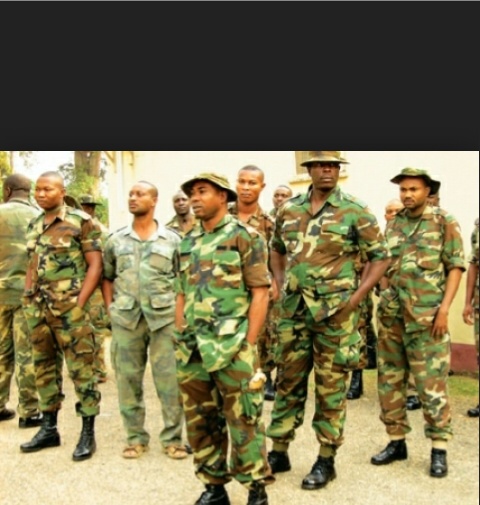 The United States has said that the Nigerian military is becoming afraid of engaging the Boko Haram insurgents.

Testifying on Thursday before the Senate Foreign Relations Committee, the US Air Force Chief of staff, Gen. Mark Welsh III, said, “We’re now looking at a military force that is, quite frankly, becoming afraid to even engage. The United States doesn’t have the capacity, the capability to go rescue every kidnapped person around the world.”

The New York Times reported that the US might choose to minimise its involvement in the search for the over 200 schoolgirls abducted by Boko Haram due to doubts over Nigeria’s military capabilities.

Saturday PUNCH learnt that the US had questioned the ability of the Nigerian military to rescue the girls even with international help.

The Pentagon’s Principal Director for African Affairs, Alice Friend, also said, “The Nigerian military has the same challenges with corruption that every other institution in Nigeria does. Much of the funding that goes to the Nigerian military is skimmed off the top, if you will.”

US officials have also said that its involvement had also been made difficult because Nigerian officials ignored past warnings to soften brutal tactics that only fuelled the Boko Haram’s insurgency.

At Thursday’s Senate Foreign Relations Committee hearing, officials condemned the kidnappings and committed American aid to help rescue the girls. But they also expressed frustration at Nigeria’s political and military leaders for failing to heed Washington’s warnings about the extremist group.

“We have been urging Nigeria to reform its approach to Boko Haram,” Principal Deputy Assistant Secretary of State for African Affairs, Robert Jackson, said.

He added, “From our own difficult experiences in Afghanistan and Iraq, we know that turning the tide of an insurgency requires more than force. The state must demonstrate to its citizens that it can protect them and offer them opportunity. When soldiers destroy towns, kill civilians and detain innocent people with impunity, mistrust takes root.”

A retired Head of the US military’s Africa Command, Gen. Carter Ham, said, “My sense is that US Government will remain in a supporting role to Nigeria. I do not think the U.S.G. will seek unilateral action.”

The size of the Sambisa Forest is also believed to make the search for the girls difficult.

“We are basically searching for these girls in an area that’s roughly the size of West Virginia, so it’s a tough challenge, to be sure,” state Department spokesman, Marie Harf, said on Thursday.