Nollywood actor, Jim Iyke who has remained quiet since report of his Ghanaian boo, Nadia Buari breaking up went viral on May 19, finally speaks out. 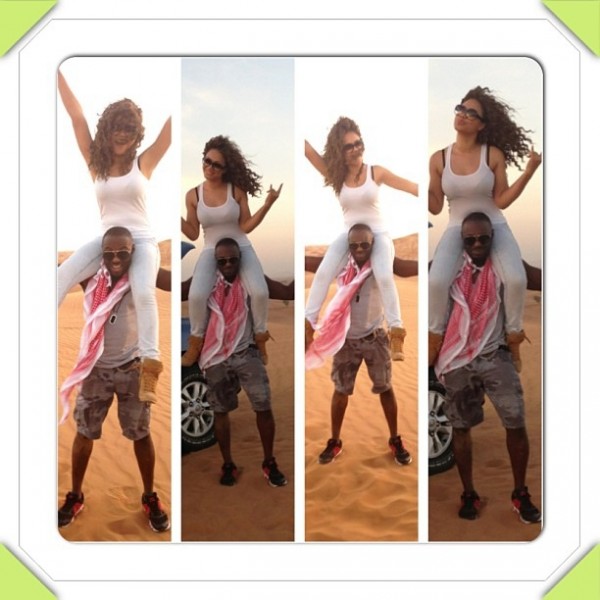 Well contrary to the reports, Nollywood actor, Jim Iyke and Ghanaian actress, Nadia Buari, are still dating as the actor has described the report has false.

Over the past few days Jim Iyke has been in the news alot lately from a woman, Ruth Okoro revealing how the actor destroyed her marriage to a US-based musician and publisher of Nigeria FM Emma Agu putiing him on a blast for accusing for being responsible for his break-up with Nadia.

Jim Iyke in a statement through his Mitch Ngaman said:

“I can assure you that whatever you may have heard regarding the ‘misunderstanding’ between Jim and Nadia is pure speculation. Nonetheless, it is normal for lovers to disagree with each other occasionally or they wouldn’t be human beings,” the statement reads in part.

“We are aware of the false rumour about Jim and Nadia’s breakup. We have decided to ignore it because it is unfounded. Jim and Nadia have not broken up, as claimed by Emma.

“That guy is a frustrated musician and blogger whose stock – in – trade is blackmail. All he does is to meddle in other people’s business. And if he does not have his way, he goes into a tantrum and fabricates stories.

We will act when we deem fit. He can keep on ranting for now,” he said.

However, Nadia Buari is yet to make any comment on the report.