The ailing National President of Script Writers Guild of Nigeria (SWGN), Chike Bryan has gotten the full support he needs for his kidney transplant in India. 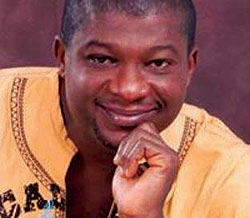 President Goodluck Jonathan through the office of National President of Actors’ Guild of Nigeria (AGN), Ibinabo Fiberesima, has reportedly contributed N10million for his treatment in India.

Recall that Bryan had been diagnosed of chronic renal failure in July 2013 and he has been undergoing dialysis at Igando General Hospital, Lagos.

He was referred to an India hospital for kidney transplant as both of his kidneys were said to be in bad shape.