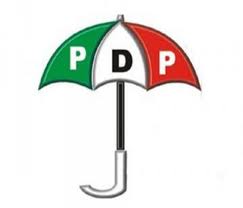 The Lagos State chapter of Peoples Democratic Party (PDP) has described Oba of Lagos, Oba Rilwan Akiolu’s endorsement of Mr. Akinwumi Ambode as the next governor of the states as undemocratic.

Ambode, who has been touted as the gubernatorial candidate of the All Progressives Congress, APC, was endorsed as a successor to Governor Babatunde Fashola on Thursday by Oba Akiolu during a book launch on the Biography of Ambode, “The Art of Selfless Service”, written by Maria Osoba, in Lagos.

The foremost Oba was quoted as saying: “The APC can go ahead with their primaries but the elders of the state have met and agreed that Ambode should be the next governor of Lagos”.

But the state PDP Chairman, Chief Tunji Shelle, said that it was unfair on other political parties for the Oba to endorse an aspirant of a particular party.

“As a traditional ruler, we had expected the Oba to give his blessings to all aspirants and parties and allow the peoples’ choice to emerge as governor of the state”, Shelle said.