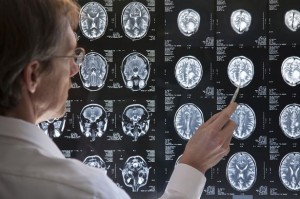 The brains of paedophiles are abnormally tuned to be attracted to children’s faces, a shocking new study has revealed.

The brains of 56 men, including 24 paedophiles, were scanned by scientists while they were being shown photos of adult men and women and boys’ and girls’ faces.

It also showed, for the first time, that ‘face processing’ in humans is tuned to the age that is sexually preferred as well as the gender.

In the case of paedophiles, their brains were activated most when they were looking at pictures of children.

The scientists, led by Dr Jorge Ponseti – from Christian-Albrechts University in Kiel, Germany, wrote in the Royal Society journal Biology Letters: “The critical new finding is that face processing is also tuned to face cues revealing the developmental age that is sexually preferred.

We found no evidence to suggest that paedophiles recruit a different brain network when exposed to faces of the preferred sex and age than individuals showing a normal preference for adults do.

“In both teleiophilic (adults attracted to adults) and paedophilic men, the same network is activated by the sexually preferred face, but the main difference is that in paedophiles the network is abnormally tuned to sexual immaturity.”

The study provided no clues to what caused the paedophile preference, said the researchers.

They suggested testing the idea of diagnosing paedophilia by measuring brain responses to facial stimuli.