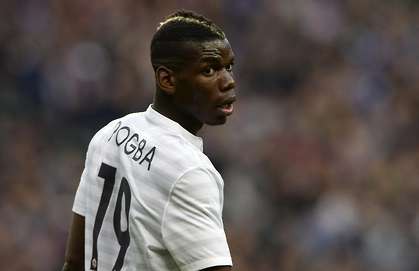 Jose Mourinho has made Paul Pogba Chelsea’s number one transfer priority this summer.

According to Goal.com, Mourinho wants to use the £40m received from the sale of David Luiz to Paris Saint Germain to partly fund a move for the French
international midfielder.

Reports yesterday claimed that Pogba preferred a move back to Manchester, with both United and City monitoring developments in Turin. But the Juventus
midfielder has been tracked by some of Europe’s biggest clubs, including PSG, Real Madrid and now Chelsea.

Mourinho has sanctioned the sale of Luiz to raise a bigger transfer budget this summer, while ensuring that the Stamford Bridge club stay on the right side of the FFP regulations.

The report claims Juve will be looking for around £65m for the former Manchester United midfielder, but with Luiz basically gone and Romelu Lukaku expected to leave next, the Blues could feasibly meet the asking price.

Mourinho wants another big-name midfielder to partner January signing Nemanja Matic in the middle of midfield next season. John Obi Mikel is not trusted
to play every game, Frank Lampard is out of contract and Ramires has often been used higher up the pitch.

Lampard could yet sign a new deal at Chelsea, but the expectation is that he’d player a smaller role in the first-team if he did.

Pogba would reportedly be open to discussing a return to the Premier League, with Chelsea making the initial moves to sound out his interest.{GMS}